October to December at 6th & Toole

The building on the northwest corner of this three-street intersection (I've been calling it the northeast corner in earlier posts; gotta fix that!) is always changing. Like an artist painting over an old canvas and starting again, old murals are wiped out and new ones pop up. (You can see earlier incarnations on the Downtown-University section of the table of murals. It currently isn't completely up to date, but there are no missing entries for 6th & Toole.)

When I rolled by on October 18th, almost all of the southwest and south sides (except Skrappy's and the Toole Shed) had been painted white... 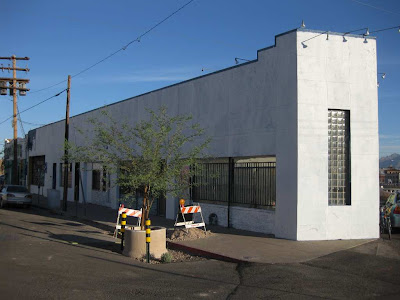 ...and there was just one new mural on top of the fresh white. It's hidden behind the right side of the tree in the photo above: 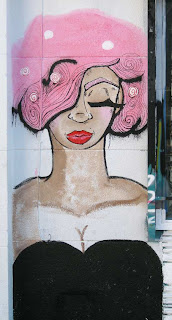 Now let's jump ahead to December 20th. Mara Pierce wrote to tell me about a new mural on the southeast side of the building. It was painted by her students. On the 25th, I rode over to have a look.

First I noticed that some of the lamp posts along the east side of 6th Avenue had been painted. (Maybe they've been that way for quite a while? I've been paying more attention to the building than to the posts.) Here's the view from east of 6th: 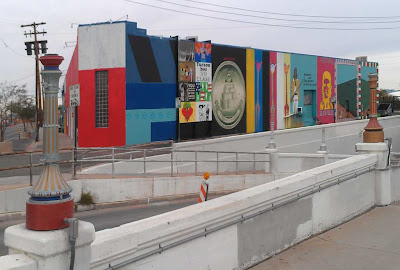 (Most of the white area on the rest of the building — see the first photo above — has been painted red. I think we need to watch that empty white space at the top of the southern corner.) Here's a closeup of the new mural Mara told me about: 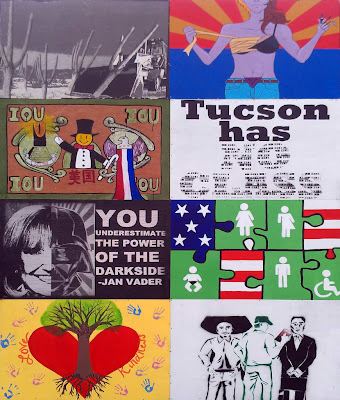 The "NO CLASS" is made from snippets of typewriter-style letters. I didn't look closely enough while I was there, but I'm pretty sure they're HB 2281. You can click on the photo for a larger view to see that and other panels more clearly.

Thanks, Mara, for letting me know! Also, thanks to your students (and your coaching) for the art.
Posted by Jerry Peek at 12:01 AM