This 800th post on the Tucson Murals Project (Happy Birthday to Us! :) shows part of the second annual chalk art festival, April 6th & 7th. Held at Park Place Mall, it's organized by SAACA and bankrolled by merchants — as well as Park Place. (You can see last year's festival there.)

Last weekend, when I posted my announcement of the second day, I'd only seen the professional artists on the north side of the mall — and some of the Community Participation mural. I didn't realize how big the festival would be! I ended up with more than 150 photos — including every bit of the kidZONE art. So I decided to wait until today to post the first part; I'm aiming to post the rest by the end of the week.

Let's go! Here are the works by professional artists, from east to west along the north side of the mall. First I show each work as it was being made, mid-afternoon Saturday the 6th. Next I show the finished work, mid-morning Monday. As always, you can click on a photo to get a larger view. 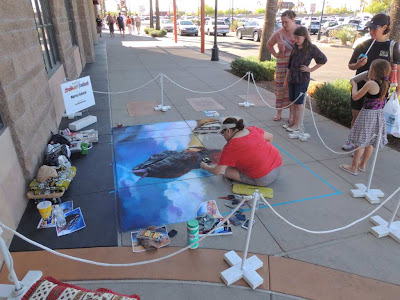 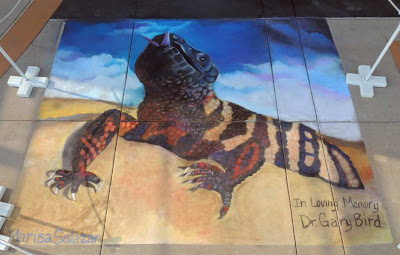 Park Place Merchants sponsored Marisa's work. Her email address is b1stmrs12@yahoo.com (click there or, if you type the address, both of the "1" are the number one, not the letter l). 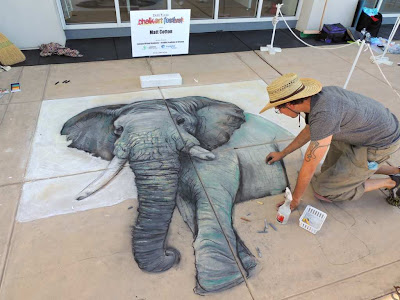 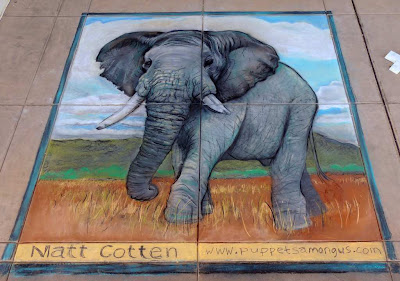 Matt's website is www.PuppetsAmongUs.com. His sponsor was Arizona Virtual Academy—Insight Academy of Arizona. 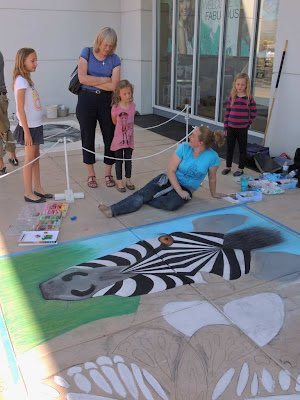 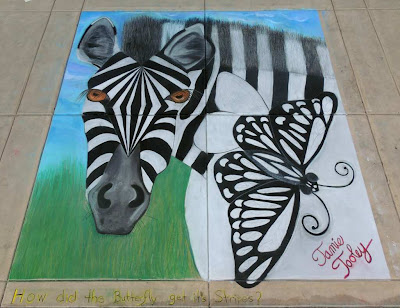 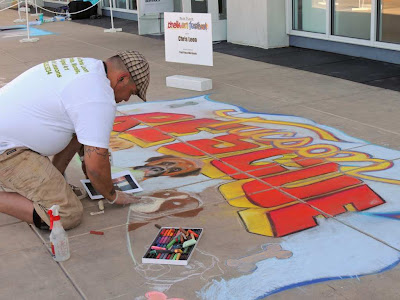 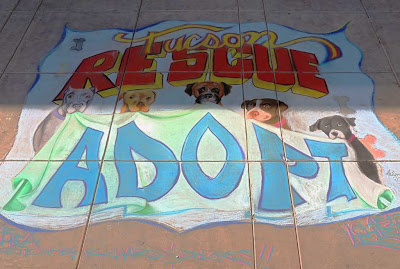 You can reach Chris at artworx.leon@gmail.com. Park Place Merchants sponsored his mural. 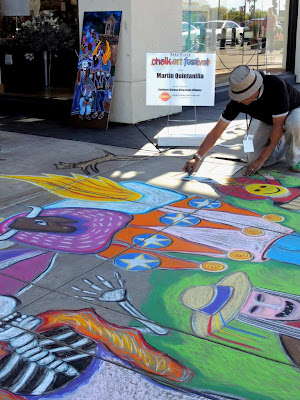 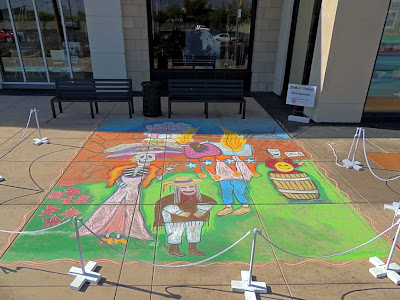 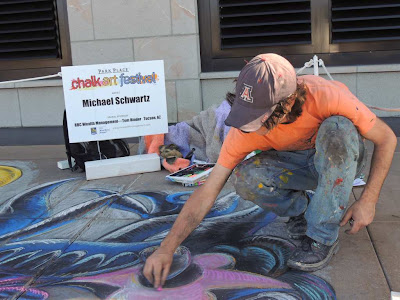 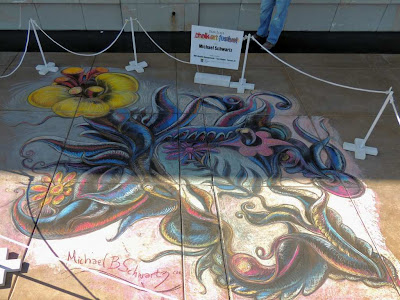 See that little hole in the wall above Michael's finished work in the second photo above? It's some sort of drain. While I was there on Monday morning, workers opened a valve and water washed away parts of the mural. There's video of the sad scene on the TucsonArtInfo YouTube channel; click there or on this photo...

(Here's a larger version of the photo.) Parts of some murals farther west of Michael's had already been washed away; I'm not sure if others met the same fate later. Chalk art isn't supposed to be permanent, but I wished the workers could have used a hose to direct water around the mural... or the organizers had placed every work away from the drains! 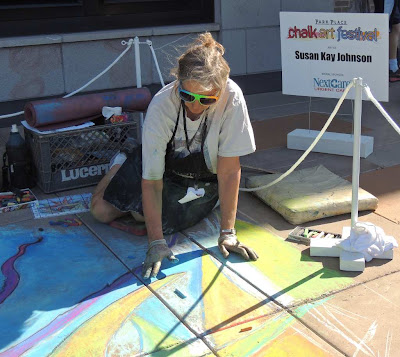 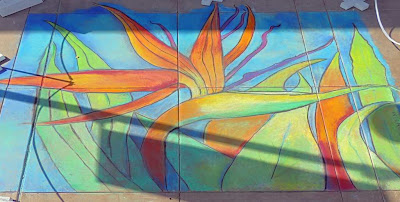 Her website is SusanKayJohnson.com. NexCare Urgent Care supported this work of Susan's. 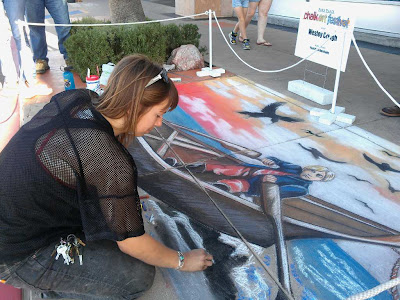 To see and read about more of her work, visit WesleyFawcettCreigh.wordpress.com and PaintingByNumbersProject.wordpress.com. This mural was sponsored by Park Place Merchants. 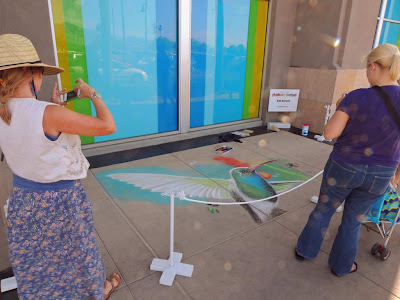 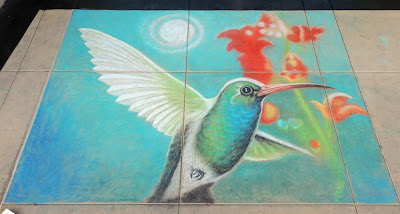 Kati wasn't there when I took the first photo (or the second photo!) above, but I found her website www.KatiAstraeir.com with a Web search. The work on her home page is quite different than this chalk mural, but I recognized her style because met her outside Solar Culture Gallery on Christmas Day — when she and Steven Eye showed me their amazing rotating wooden sculpture.

This chalk mural was sponsored by merchants here at Park Place.

...in Part Two and Part Three! 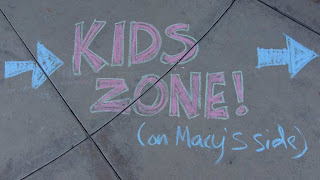 Notes about the photos