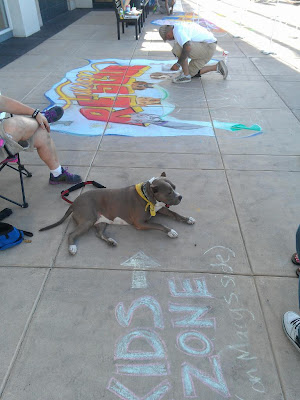 This past weekend, April 6 & 7... way over at the west side (the northwest corner) of Park Place Mall... past all of the professional artists making chalk murals along the north side of the mall... was the community participation mural.
The first thing you'd see on your way over was this little chalk mural for some community organizations — at the west end of the main north wall of the mall (before Macy's): 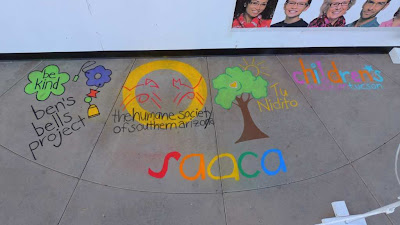 Then, on the west side (north of Macy's) was the community participation mural: 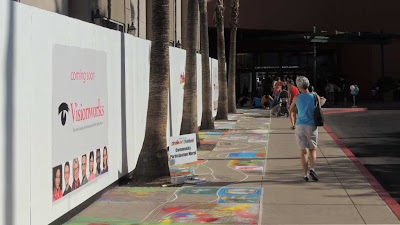 I came back mid-morning on Monday the 8th to photograph it and the kidZONE murals.

First, at the north end of the wall (a construction wall around a new VisionWorks store that's coming soon), you'd find this sign showing the overall design of the mural: 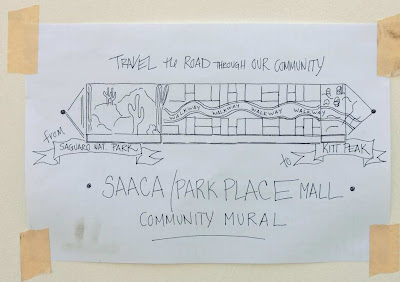 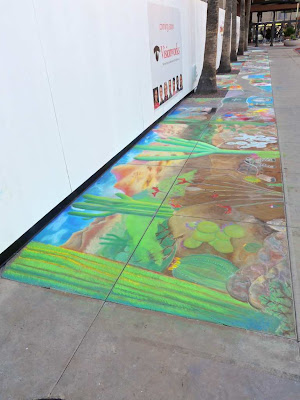 "Travel the road through our commuinty," it says, "From Saguaro Nat. Park to Kitt Peak." There's a winding walkway (which you could actually walk on — if you have small feet, at least — though I'm not sure everyone realized that).
Below are photos of the mural, from north to south along the wall: 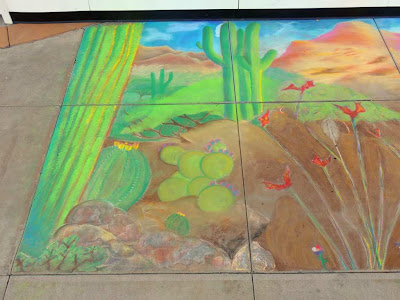 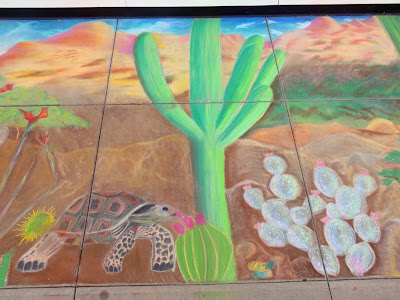 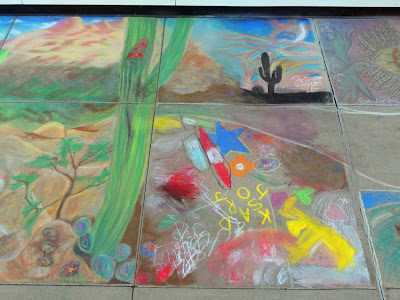 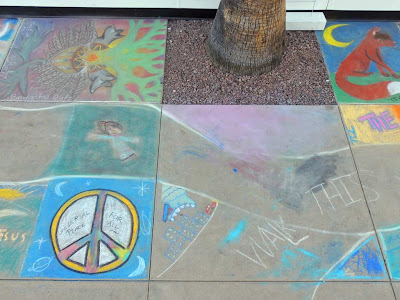 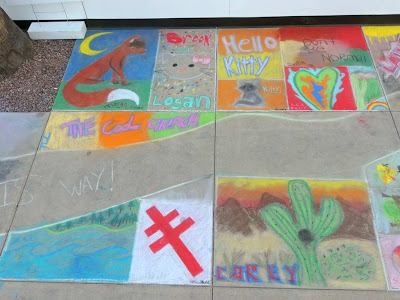 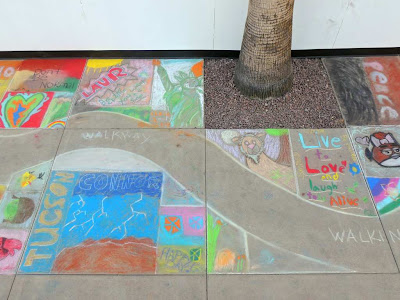 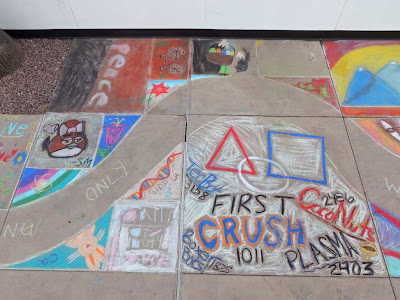 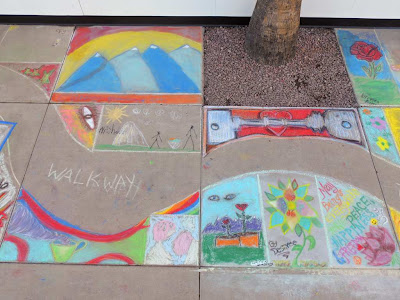 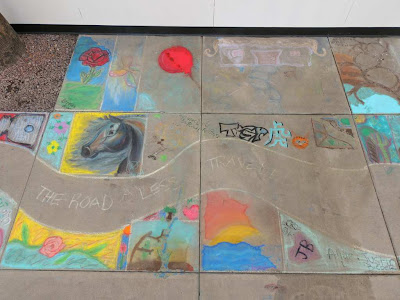 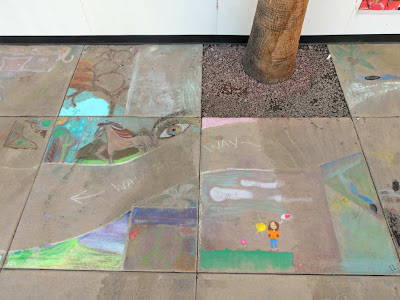 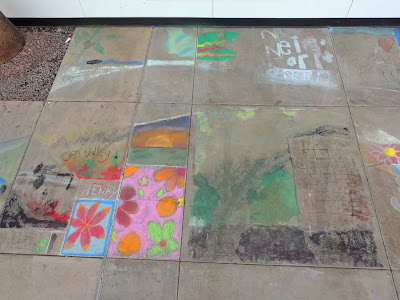 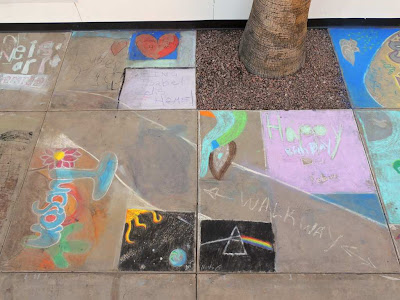 Toward the end, you can see places where the walkway was washed away — maybe by the same kind of drains that washed away Michael Schwartz' mural?

More photos are coming in Part Three — this weekend, I hope. (My income taxes come first, though. :)


Notes about the photos