The musician (sometimes known as) Prince, who lived in Minnesota’s Twin Cities, passed away last month. His death brought an outpouring of love. Muralists commemorated him. One was Tucsonan Joe Pagac who tweeted (from ‏@JoePagac) April 29th:

The photo he tweeted looked like the side of the Rialto Theatre, where Joe has painted murals (on the northeast corner) for years. I rode over on May 1st and found it next to his always-changing event murals: 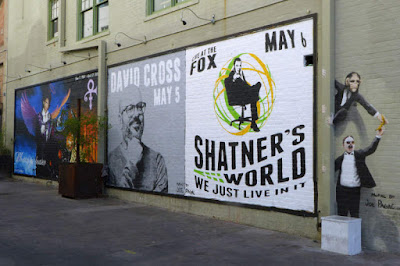 A close-up of the Prince mural: 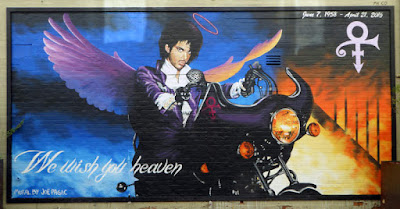 The first story I heard about murals dedicated to Prince was a story about muralist Rock Martinez. I searched more today. Rock moved to Bloomington, Minnesota — in the Twin Cities area — a year or so ago. As Rock told me last week, his Prince mural in Minneapolis went viral online after the singer's death. Two news articles:
I also found a couple of stenciled tributes to Prince on the walls of the building at the northern corner of Toole and 6th Avenues. South first, then north: 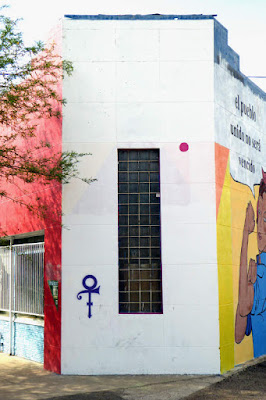 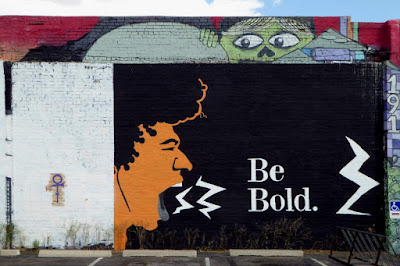 The second stencil is near the bottom-left corner.