Back in February, I spotted a mural that seemed to be in progress on the back (west) side of the buildings along the west side of Park Avenue. I snapped some photos, then went looking for someone who could tell me more about the mural. It turned out to be on the Lost Barrio Gallery. I'm hoping to stay in touch with the owner, Gerardo Olmedo, and have more photos soon. 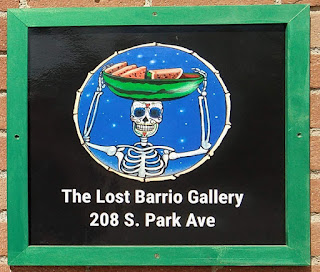 In the meantime, Gerardo sent photos of muralist Chris Andrews painting a mural based on the gallery's logo, which you can see on its sign. The sign is to the right of the door, which is a bright blue. (I took the photo of the sign.) 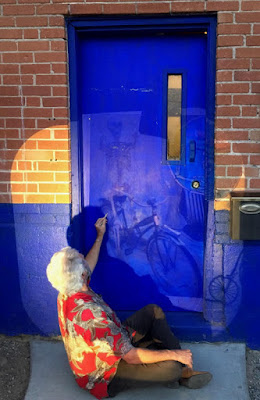 Here he is tracing the mural, using an image projected on the door. Gerardo sent this photo on April 13th around 9 pm; I'm guessing that Chris was working that evening. 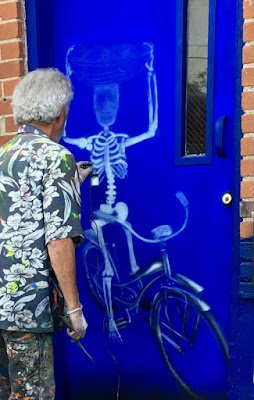 Gerardo sent this on the 15th. It looked as if Chris might be nearly done, so I decided to stop by the next day. 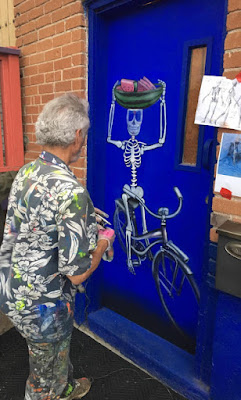 No, that wasn't all. Later on the 16th, Gerardo sent a photo of Chris painting more.

And, on May 6th, two more from Gerardo. I think this is it! 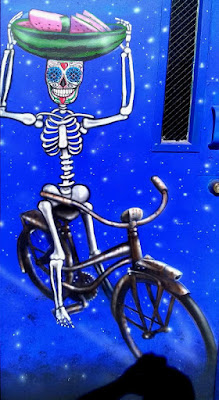 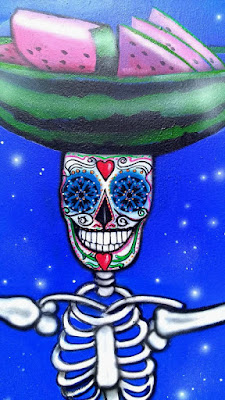 Thanks much for keeping us all in touch, Gerardo and Chris.