In 2012, two panels of murals were erected along Toole Avenue, along the edge of the parking lot, next to the sidewalk, northwest of the building at 191 East Toole. They've gotten new murals a number of times over these seven years; if you'd like to see them, click on the following link to go to the section Northwest of 191 East Toole; it's part of this blog's page Layers of murals: histories of a few walls.

It was probably in September, 2015, that the murals were repainted for the last time. (You can see the original versions in the last two links in the list above.) Then — probably in the first half of 2018 — a tagger trashed the murals. Most had just a single tag, but one was completely trashed:

The murals stayed tagged for almost a year. But sometime around mid-May of 2019, the murals were cleaned up, the tags mostly erased or painted over. I came back as soon as I could to take photos… but the murals had been tagged again!

I decided to spend a few hours this past Sunday with my favorite free photo editor, GIMP, making copies of the mural with the tags edited out. I didn't get every bit of the damage, but it was satisfying enough!

So here are two photos of each of the ten panels, from left (the northwest end) to right (closest to the building at 191 Toole). The first photo shows the repaired and re-tagged mural on May 17, 2019. Next is my edited version. I'll wrap up with a photo of the fun sign to the right side of the panels. It hasn't been re-tagged (yet).


For some reason, this first panel wasn't re-tagged: 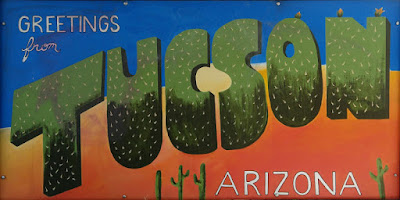 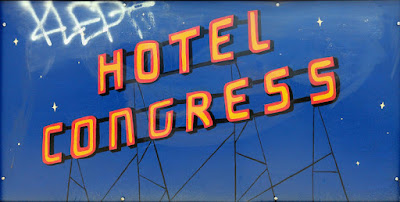 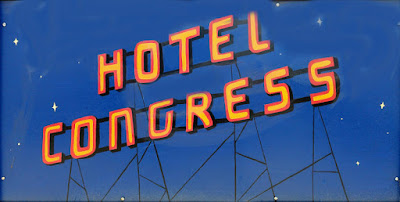 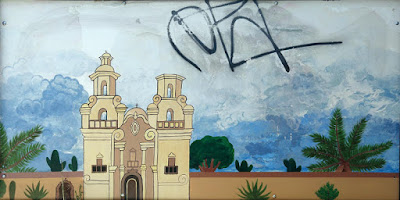 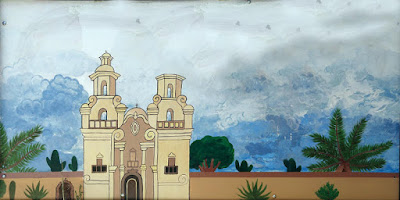 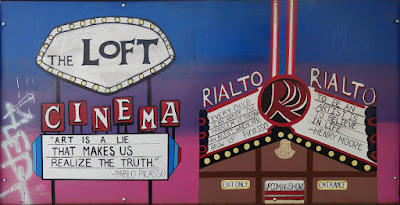 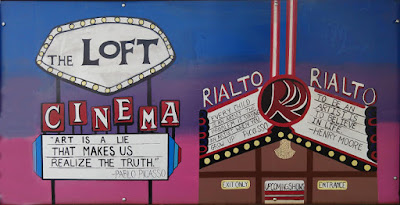 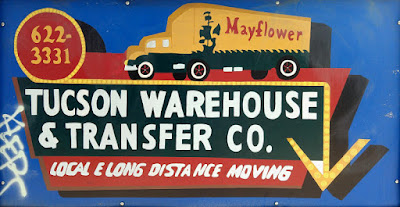 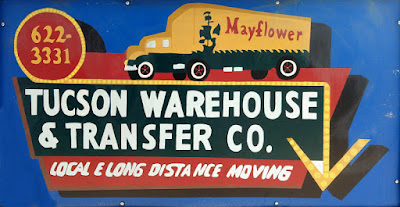 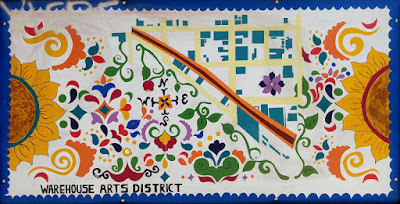 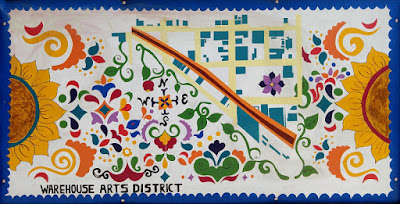 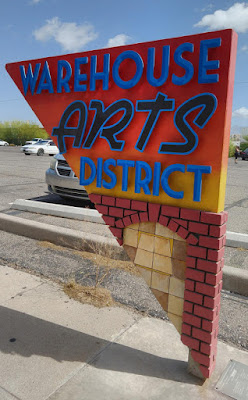