Cheerful bench at Palo Verde Park (Murals being made, part 69)

When you're in Palo Verde Park at Palo Verde Pool (which has a mural outside), walk west to the northwest corner of the park. You'll find a bench painted by Angela Pittenger. Here are the north (front side), then the south side: 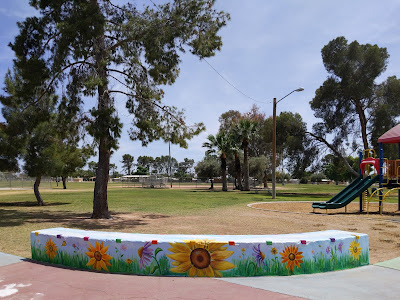 Closeups around the bench: 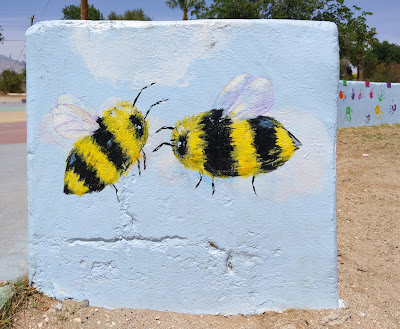 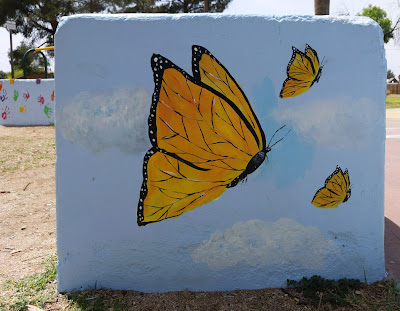 In the last photo above, her signature is at the bottom right:

Just by chance, I found Angela's email address after I took those photos on April 26th. I wrote and asked if she'd share some info about the mural and maybe photos of it being painted. She did! Here's what she wrote and five photos of one part being painted:

The Palo Verde Park Neighborhood has been trying to improve the neighborhood and asked me to come up with a bright, happy, flowery design for that little wall to liven up the playground area. I incorporated a bee and a butterfly because they put in a pollinator garden so it ties the whole park together.

Once I drafted an idea, they took it to the City for approval and then raised funds to pay for it. Members of the Palo Verde Park Neighborhood went to work preparing the wall, which took a lot of work. They scraped and torched it to get it smooth enough to paint.

I painted it on my own. The handprints on the opposite side were done by children from Kellond Elementary School, which is next to the park. It really makes it a kids’ space and creates a sense of whimsy and playfulness. The wall was very chipped and dull before I painted the mural. That wall has always kind of been a gathering spot for parents while their kids play. I know I spent many hours sitting there when my son was little. It’s really cool to help improve the park that I love in such a joyous way. Kids love it. They look at all the flowers and get excited when they find the lady bug that’s painted on there.

Let's finish with five photos Angela sent. They show how she painted the flower at the center of the first photo (the north side of the bench) above: 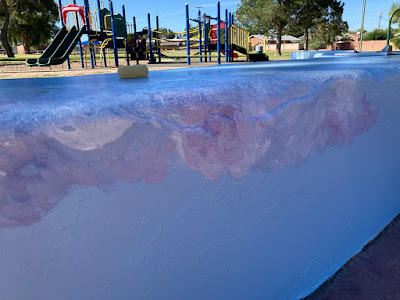 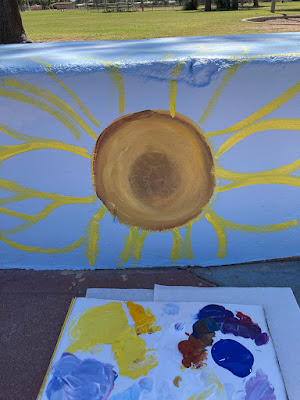 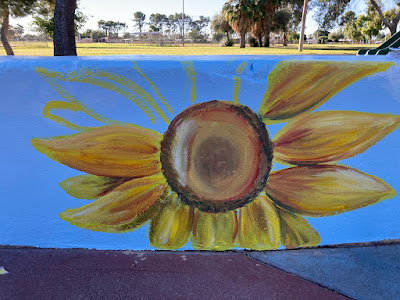 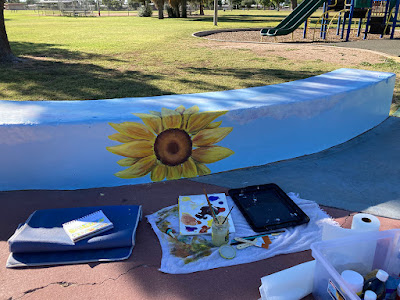 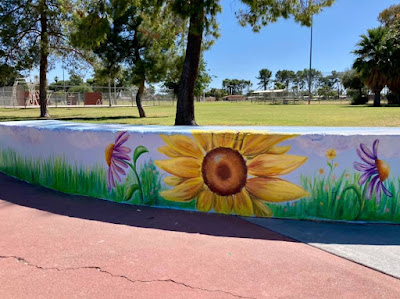 Thanks so much, Angela! We'll be showing another of your murals next time.
Posted by Jerry Peek at 6:01 AM