On December 29, 2008, Randy posted a photo contributed by Davis Dominguez Gallery of a mural “In the Ash & Toole Street area.” I'd hunted around to find it, but somehow missed it — until January 20, 2013. It's on the east side of what I think is the Zee Mansion carriage house: 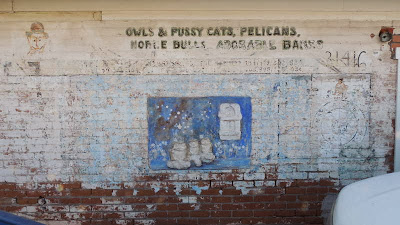