I was off my bike, and very busy, for the last half of last year. That meant missing the vibrant art scene along Toole Avenue downtown. (If you don't know Toole, click the "Location" link at the end of this post.) On Christmas Day, I got on my bike for a ride up Toole — from Hotel Congress... past Mat Bevel's butterfly sculpture at the corner of 6th Avenue... slowly past the ever-changing art-covered building at 191-197 Toole... Blocks, the skateboard and accessory shop with a mural on the side... to Solar Culture, near Stone Avenue.

Here are the photos, in order, with captions before each group. (If you want the exact location of anything, just drive or ride along Toole from southeast to northwest. Or, if you're technically-inclined the photos are geotagged... you can download a photo and get the location from a geotagging program. Or, ask me!)

First, the east side of the Rialto Theatre. Joe Pagac had painted a mural there that looked permanent to me. (Here's my March 7th, 2013 post showing the mural being made.) But now Joe is back to painting. The right-hand half of that previous mural was replaced by Joe's old style: promoting Rialto events. The new mural was co-painted by Noah Garcia: 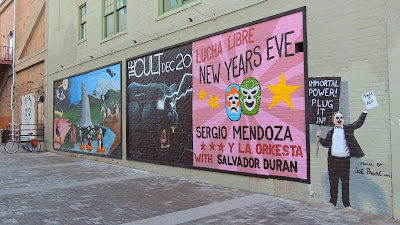 At the northern corner of 6th and Toole, this mural at the left has been finished. It went without a caption for months. This caption, el pueblo unido no será vencido, means — according to a few online translators, at least — “The people united will not be defeated.” (My rough spanish made me think of “the town” instead of “the people.”. Comments, anyone?) Anyway, here's the photo — and the next few photos I snapped: 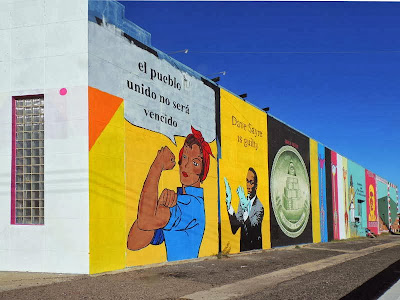 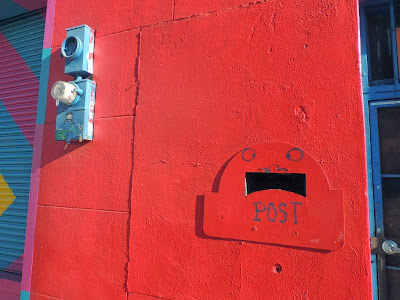 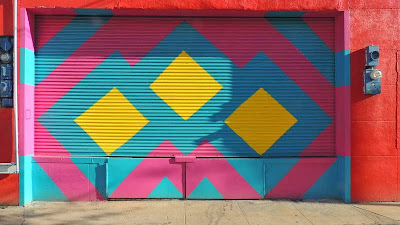 Along the street north of Skrappys (at 191 E. Toole) — next to the parking lot — have been a couple of sets of mural panels. The panels change from time to time. Here's the southern one, overall, then close-ups of the panels in it: 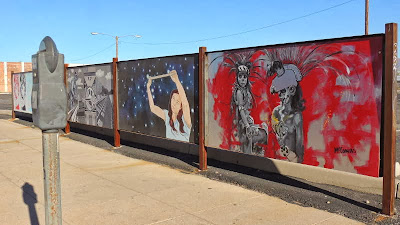 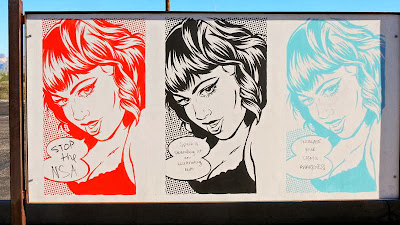 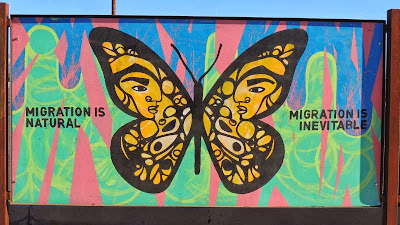 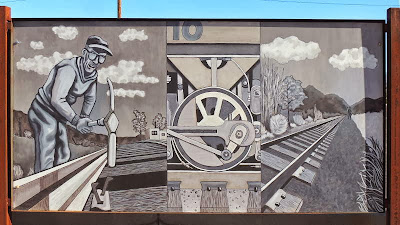 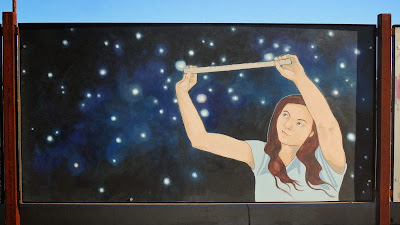 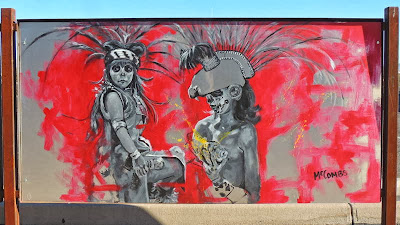 The next set is missing a panel. From left (northwest) to right (southeast): 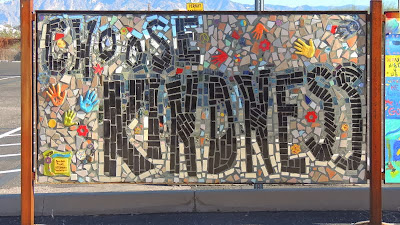 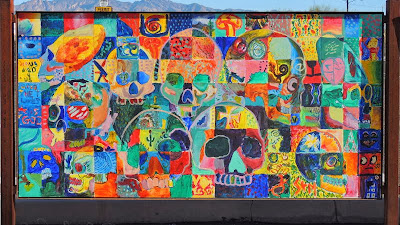 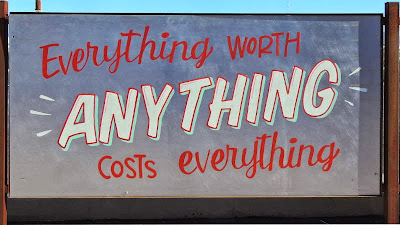 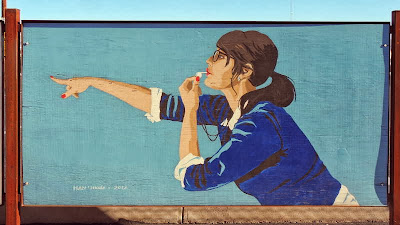 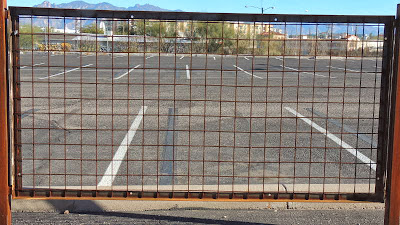 On the side of Blocks at 7th & Toole, the latest mural (you can see earlier ones by searching this blog for BLX)... I think it may be by Rock “CyFi” Martinez: 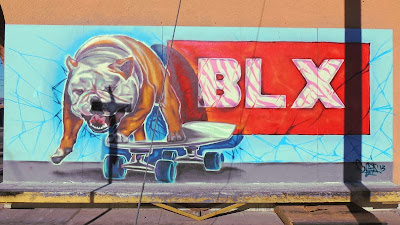 Last, near Stone, where the community-oriented gallery Solar Culture sits, with its amazing rotating sculpture out front... 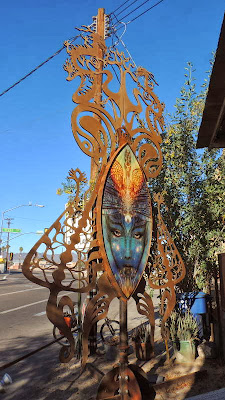 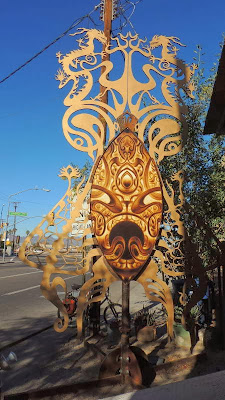 Give it a spin!

You can also see it, larger, in a separate page, by clicking here: Kati Astraeir shows sculpture near Solar Culture Gallery Tucson.

Update (December 22, 2014): I didn't show the new mural next to the spinning sculpture. And I don't remember if the dragonfly near the roof had been added by then. Mark Fleming took a photo on September 1.