I met Gabriel this afternoon as I rolled by the east side of 197 E. Toole. Paco Velez — who also has a studio in this building — told me that he'd planned to repaint one of the murals on the east side. Paco wasn't there, but Gabriel was. He invited me into his studio and showed me the mural he's planning to post on the wall near Skrappys:

It's paint on metal. He made the amazing clouds, scribed the edges, and painted the area around them.

He also painted the last mural on the wall along the 6th Street side of the building. It's the border fence: 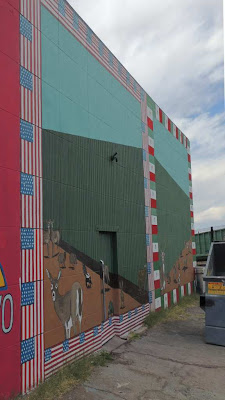 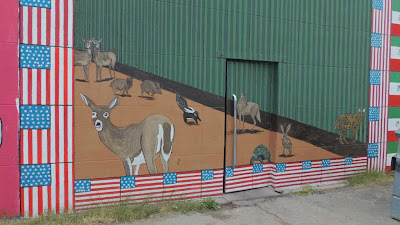 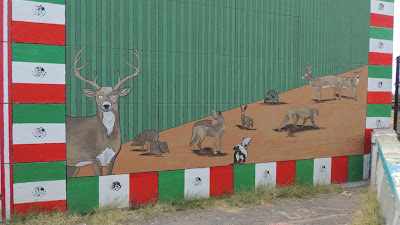 If you'd like to get in touch with Gabriel, I can forward your message on to his email address. Or just stop by the east wall; his studio is behind the two doors in the middle of these murals and just south of the Che Guevara mural.
Posted by Jerry Peek at 11:59 PM