Murals being made, part 17: Rialto revised

Our December 26 post Rialto in progress (Murals being made, part 10) showed the start of a new Joe Pagac mural on the east side of the Rialto Theatre. Joe used to paint new murals often to advertise Rialto concerts, but I'm guessing that the big building going up just east of the Rialto blocked the view from the street — so he painted a new mural that's designed to stay.

Since then I've stopped by several times to see what's new. I never did catch Joe (I still haven't met him... he's one of Tucson's busiest muralists), but I did catch some snaps of the mural taking shape. January 20th, LL Cool J was in his place on the right panel: 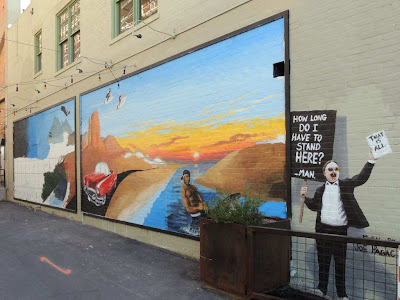 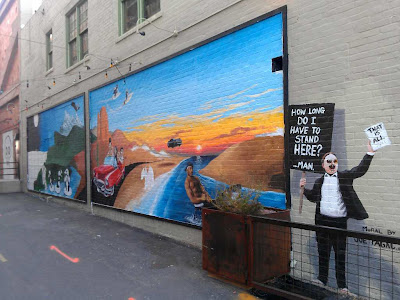 ...except for this ghostly figure: 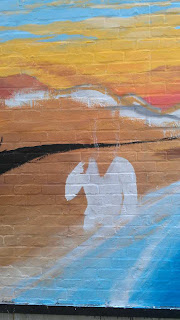 And the left panel was taking shape: 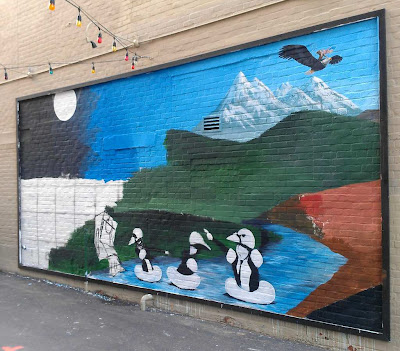 February 23rd
Back from my trip to South America, I rode over the snake bridge to see the mural. It looked finished: 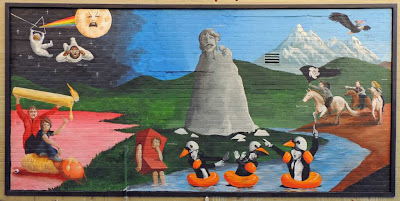 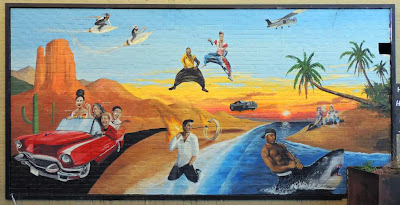 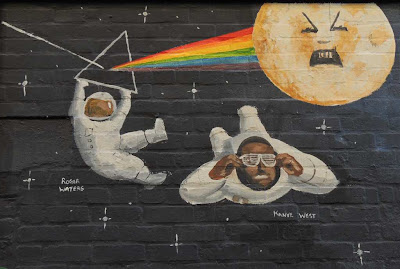 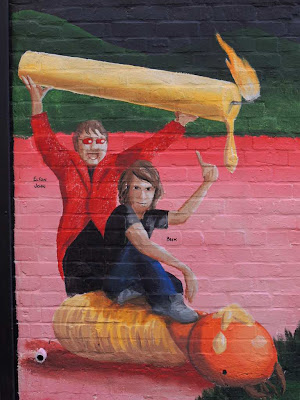 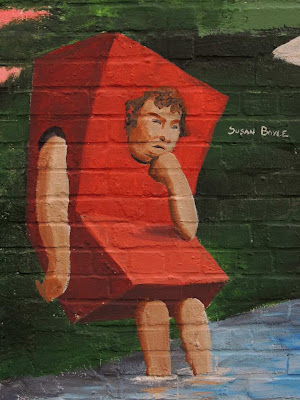 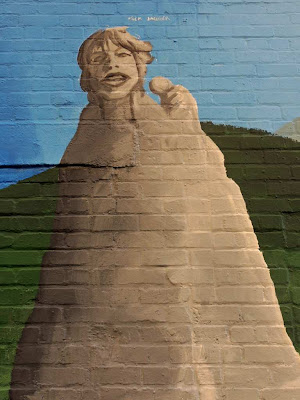 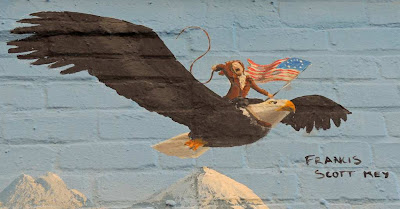 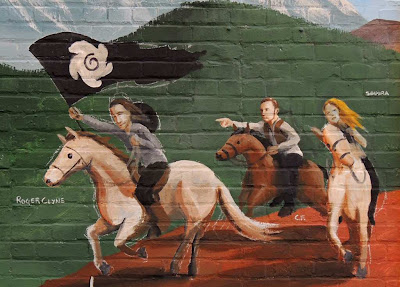 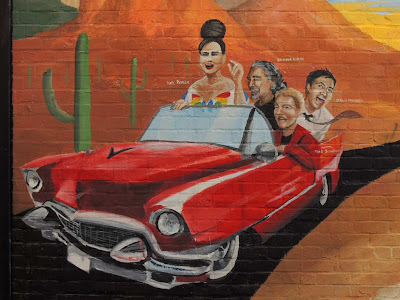 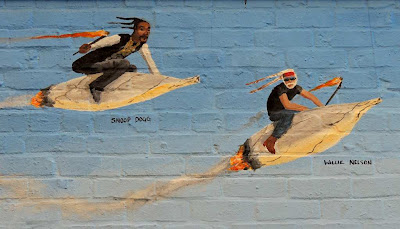 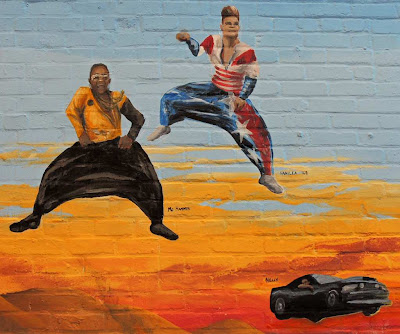 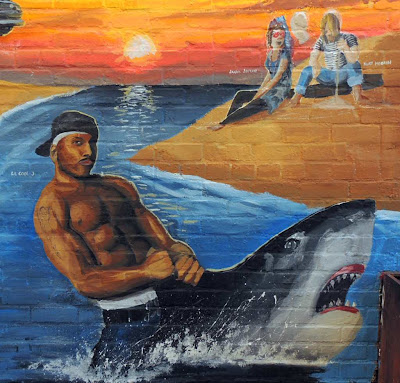 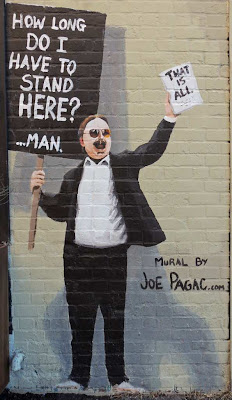