Tucked in a niche along the west side of this niche-like block of Scott Avenue — just north of Congress — is Issac Caruso's new mural, part of the Downtown Murals Project. Isaac's mural is the second we'll cover, start to finish, on this blog. (The story of the first mural we covered — (Downtown) Murals being made, part 31: Niki Glen — went online here earlier this week.)

Isaac worked so quickly that I barely had time to grab photos before he was done! Here's the scene on May 1, after Graffiti Protective Coatings had applied a white primer coat: 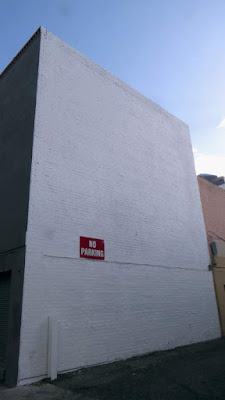 As it turned out, he wouldn't use all of the white area. Here's what I saw on May 8th: 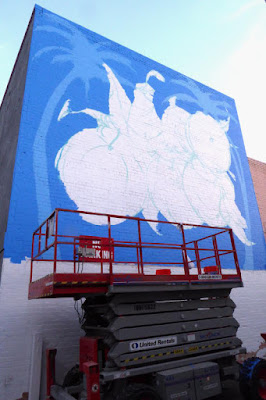 Depending on your computer/phone screen, you may not be able to see the design outline. Here's the same photo in high-contrast black-and-white: 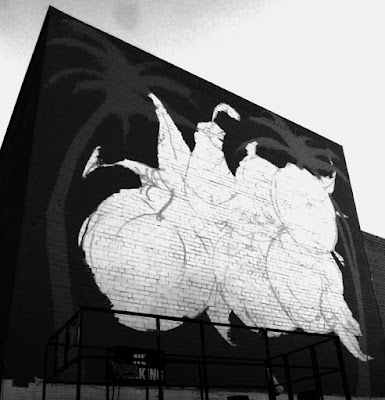 I think that Isaac was the first artist to finish his mural. Here it is on May 14th: 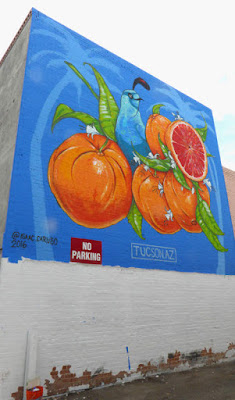 Without a super-wide-angle lens and a ladder, it's basically impossible to photograph this mural straight-on. So I did the next best thing: manipulated the heck out of the photo with the free GIMP editor to make it look as if I had. Here's the result: 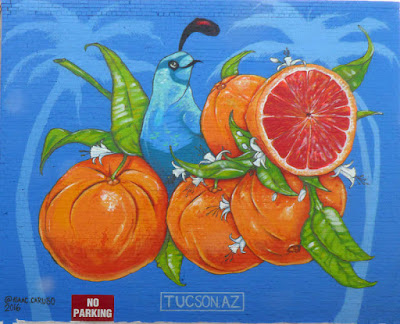 Let's jump back a month to the mural introduction April 26th. Here's a photo I snapped from the small copy of Isaac's proposed design: 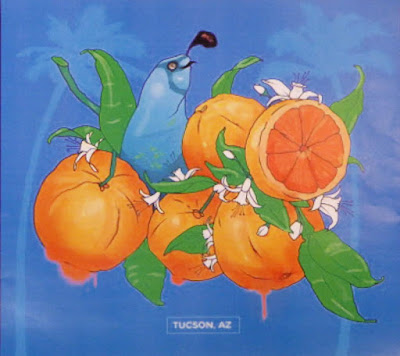 (The color differences may be due to my camera and the editing I did.)

Let's jump ahead again to May 30th. The wall underneath the mural had been white with some exposed brick at the bottom. When I stopped by again on the 30th, that part of the wall was painted blue: 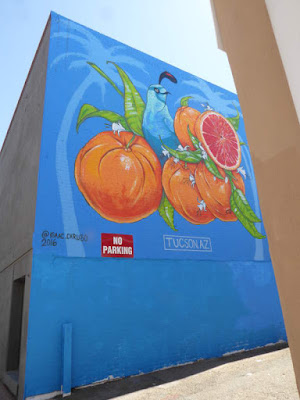 Next Monday, we're on to the story of the next mural!

Update: The aerial view below, from BG Boyd Photo, gives a much better perspective than trying to see this mural from the narrow space below! 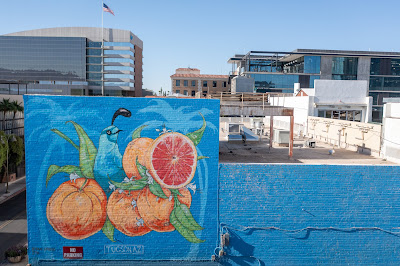