You may have seen Ignacio Garcia's work at the Park Place Chalk Art Festival. (In each of these blog entries, scroll down and look for the drawings by Jose Ignacio Garcia: 2012, 2015 [look for the incredibly realistic 3-D scorpion], and 2016. I missed the 2014 Festival. And I don't think he was there in 2013.) He's also painted other murals inside and outside Tucson. But the new one on the west side of the Rialto Theatre — which you can see from 5th Avenue a bit north of Broadway — is his most prominent in Tucson, I think.

As some other artists’ did, Ignacio's design evolved after he introduced it in the April 26th meeting at the main library: 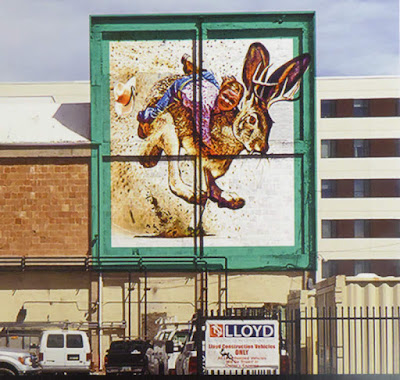 Ignacio's original design showed a two-story section of theater. But I wasn't sure which side of the “tower” would have the design, so on May 5th I walked around… and found nothing: no white walls, no scaffolding or hydraulic lifts, etc.

My next trip downtown, May 8th, where I drove and parked (a good place to park — with spaces usually available — is within a few blocks of the three-way intersection of 6th, Toole, and Alameda. There are usually spaces up Toole or along Alameda. From there, all the new murals, except Rock Martinez’, are an easy walk.) Ignacio's mural still didn't seem to be on any of the sides of the Rialto's tower.

May 19th, I caught Ignacio on his hydraulic lift stating to paint the jackalope (which, by the way, is a mythical beast: half jackrabbit, half antelope): 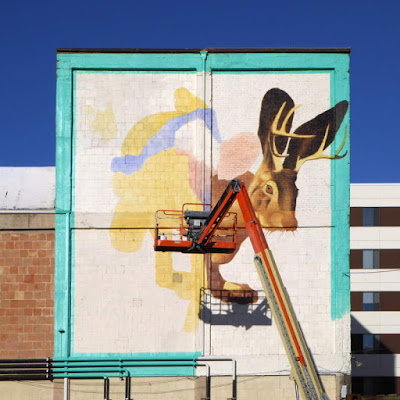 The muralists aimed to finish by May 30th, so I walked to 5th & Broadway to see: 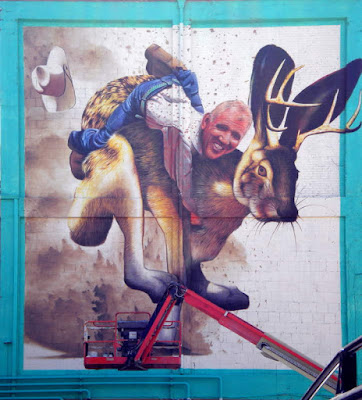 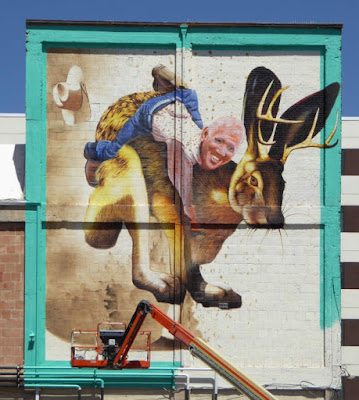 June 10th, the mural had been signed: 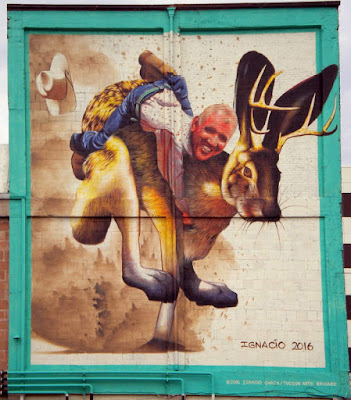 Ignacio replaced the girl riding the jackalope with broadcaster Bill Walton, as you can see in the photo from the original presentation on April 26th: 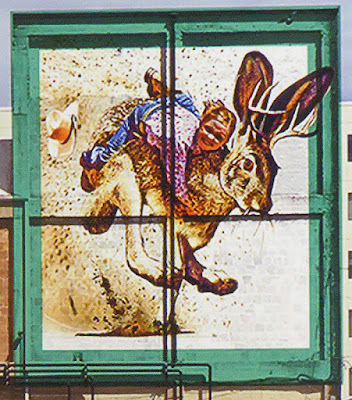 Sorry for the poor quality. I've emailed Ignacio to ask if he has a better version. 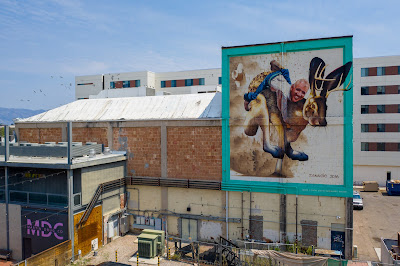