(Downtown) Murals being made, part 36: Rachel, Tim and Alexandra

Alexandra Gjurasic, Tim Schirack and Rachel Slick worked together on a mural covering the west side of Café 54. It's the fifth of eight Downtown Murals Project works that we've covered here, from start to finish.

May 1st started the way most of the murals did: a blank wall. This one was off-white or tan (as you can see more clearly at the right side of photos farther below): 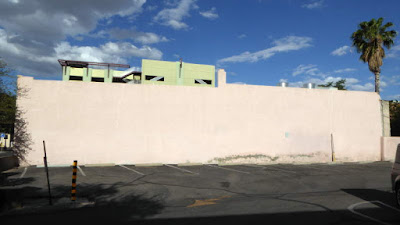 The artists didn't start right away. On May 8th I stopped by and saw the outline of mountains at the bottom of the “canvas” — with white behind: 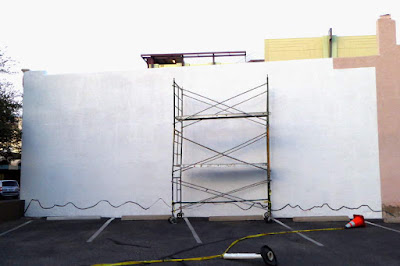 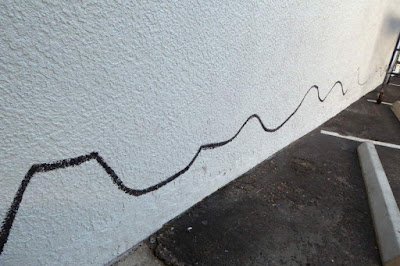 By May 14th, things were happening.Besides the scaffolding, there was a hydraulic lift, art, and some barriers around it all: 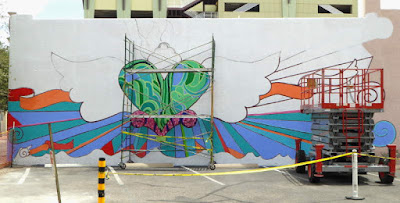 On the morning of May 19th, I found the three artists hard at work (with a few kids, as well as passersby stopping to have a look and chat with the artists). I introduced myself and asked if I could take photos.

First, here's Rachel on the lift. She's raising the platform to work on the top right corner of the mural: 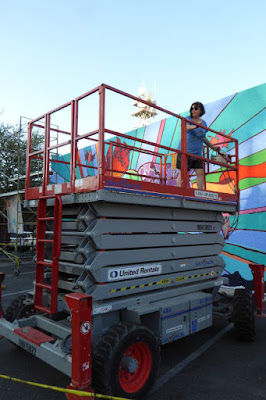 When I was there, Alexandra and Tim were painting closer to the ground: 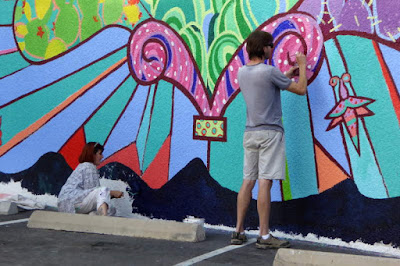 And here's a lucky shot of Rachel painting the very top right corner, which sticks up from the rest of the roof. A plane was flying by in the distance: 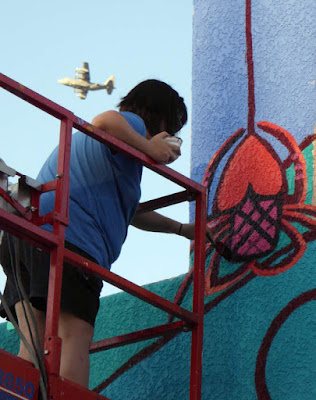 On May 30th, the lift was gone and the barricades were scattered. (Don't miss the spider at the top right corner, where Rachel was painting as the plane flew behind.) 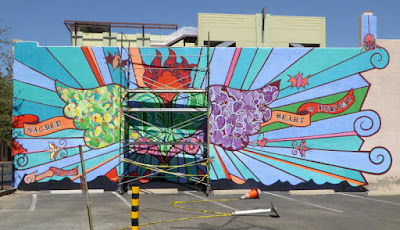 June 4th, the stuff was out of the way… and the mural shone: 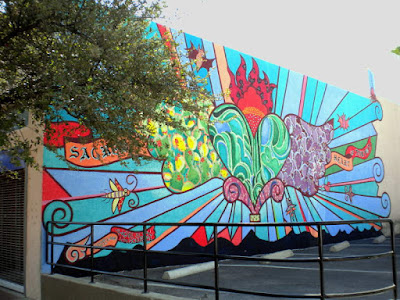